At the end of December 2019 Circus Poker Club Antwerp hosted the tenth edition of the PokahChamp. After 4 days of poker Bert Meyfroot became the tenth champion. Next to that he won the sum of 765 euros. Wes Ménart is the man who takes the lead on the starting days. Time for a final recap on the beautiful last poker weekend at Circus Poker Club.

On Thursday December 19 the first of two starting days was played. Marcel De Beule was the first player to leave the scene. With his tens he came up against king-ten from Erwin Cuypers. This good start for Cuypers gets him a chair for Day 2 of the tournament. Not all players were given such good starts. 62 players started on the first day and only 20 players remained. Among others Bas Klootwijk, Ellen Van der Sijpt, Kristof De Deken, Esmée Van der List and Jeroen Buls couldn’t keep any chips in hand and were therefore eliminated for becoming the tenth Champ.

Wes Ménart made it to story of the day. Ménart wanted to play some poker but had difficulties to come back for the second day. He made a real effort to eliminate as much players on the way as possible. With eight-six he flops a street in a pre-flop all-in situation against kings and aces. Three times he got quads, two times he got a street and a full house. Ménart ended the day with 625.900 chips. With this massive amount he had a big advantage on the first two players to follow-up: Kenny Huybrechts (248.300) and Bob Van Eycken (178.200).

On the second starting day it’s usually a bit more crowded. Friday means that the weekend is coming up. For a lot of players it’s easier to play on Friday evenings than Thursday evenings. This time 88 players found their way to the room in Antwerp. The first eliminations are mostly influenced by coolers, also for Kris Thys that was the case. Thys ran into the flopped set from Mathias Van de Looverbosch. 45 other players would be eliminated as well, including Ralf Geens. Geens doubled with aces early on in the tournament, but the spirits were not with him. Geens was the last player of the day to leave the tables. Other players like David Vyncke, Maarten Verhaegen, Kenny Pauwels, Yves Vloebergs and Inez Bouhmidi also didn’t survive the first day.

Day 2 of the PokahChamp tournament

In total 150 players participated in one of the starting days of PokahChamp. Because of this, the 16 best players can split the collected prize money of 3.000 euros. First up: on the second day 46 players would have to be sent home without any cash. Despite a big stack at the start of the day Mathias Van de Looverbosch didn’t make it far. His ladies got up against tens on a board with one Queen and two Tens. The winner of the hand was Alexander Holl, who came a bit closer to the stack of Wes Ménart. Joe Cuyt and Pascal Claes were already eliminated at this point. After Van de Looverbosch left the tables 48 players remained.

Around 10pm we would reach the money after about 9 hours of playing. Ka Ho Leung became the bubble boy, he was the last to leave the tables without any money. Before that we already said goodbye to players like Patrick De Boeck, Anne Verreth, Guido Couck, Dirk Cuyt, Simon Nickmans and David Olurebi. On his way to Day 3 John Van den Bosch (€ 50) went home with the smallest cash. After that eliminations for Julien Baete (€ 50), Wes Ménart (€ 50), Fleur Boschman (€ 60) and Alexander Holl (€ 75) followed.

Eight players returned to the tables for the final day with an average of 937.500 for blinds 12.000-24.000. Shkendim Cakutaj started as chip lead with a stack of 1.710.000. Guy Baete returned with the smallest stack and lost it pretty fast. Baete went home with a small cash of 95 euros. Jean Muragirayezu was the next to leave the tables with 125 euros. Meanwhile Cakutaj hadn’t done a lot with his chips and Bert Meyfroot and Tuur Van De Broeck were on top of the chip counts.

After the first break Pascal Van Bouwel and Junior De Meyer returned to the tables with small stacks, in this order they would be put without chips. Van Bouwel received € 160 for his sixth place, while De Meyer had won 200 euros. De Meyer lost with aces to pocket sixes after a preflop all-in situation against Luk De Herdt. Especially Bert Meyfroot kept winning chips. This gave him a nice head start in the second break of the day as the only player above average.

The chip lead at the start of the day didn’t bring Shkendim Cakutaj a podium place. He would become fourth eventually for € 300. After that things happened very quickly. Despite the big stacks and a lot of space half an hour later Tuur Van den Broeck had finished playing and won 400 euros. The heads-up between Bert Meyfroot and Luk De Herdt didn’t last 15 minutes. Luk De Herdt couldn’t possibly make up the backlog and won € 500. The title and prize money (€ 765) were for Bert Meyfroot. Meyfroot is the tenth champion in Pokahnights history! 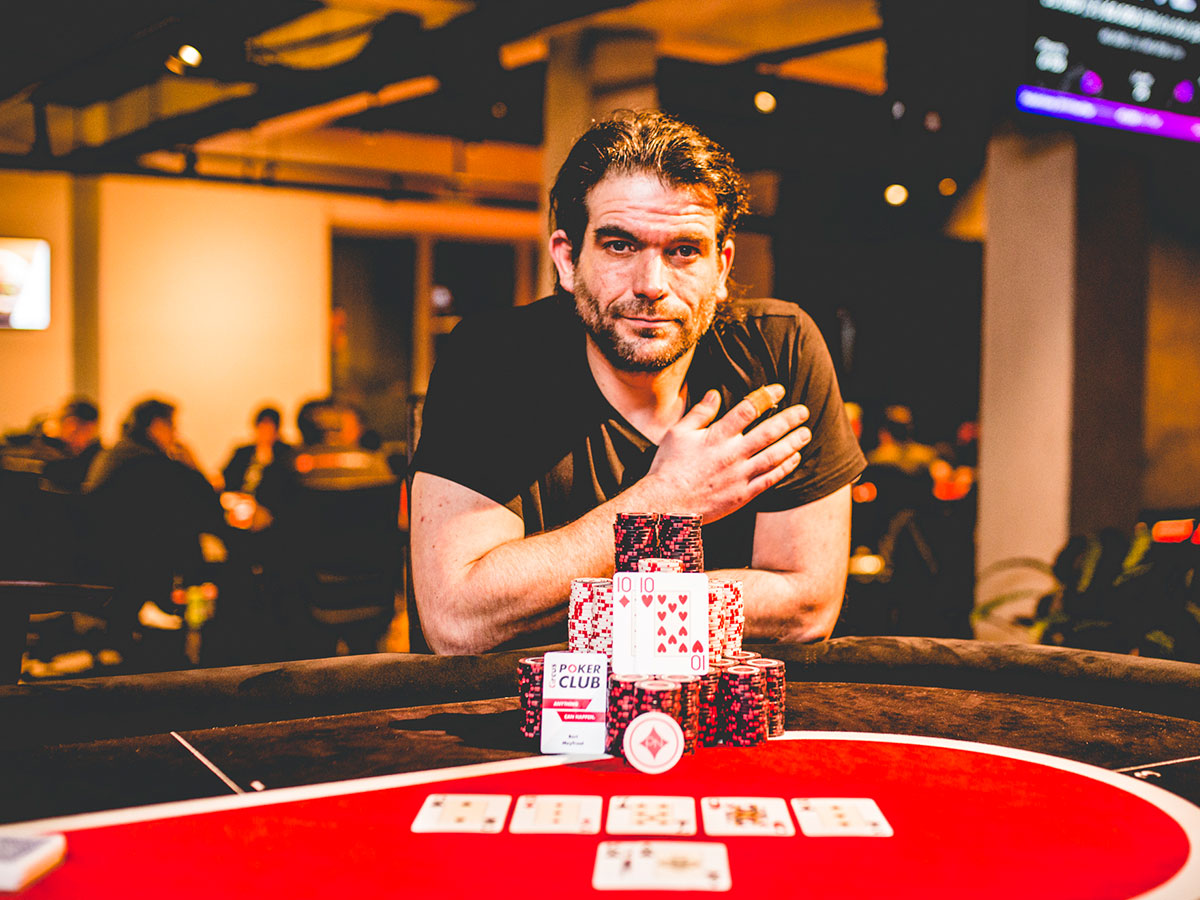 Like every year Slash9 Productions made an impression of the PokahChamp tournament. In case you’re curious to see our room and how a multi-day tournament like PokahChamp looks like, check out the video.   To stay up to date about the latest news, follow our Facebook group.

We can’t wait to see you at our tables in 2020. The first Champ tickets for 2020 have been won already. Are you the next PokahChamp?