There’s a new Big Drop series coming up! In January 2020 Circus Poker Club Antwerp starts with a series of poker events towards the grand Big Drop finale. In that final we expect to divide at least 5.000 euros of prize money. That’s more than enough to get out of the couch for in those long winter months.

In Circus Poker Club Antwerp there’s a fixed weekend poker program. On Friday, Saturday and Sunday we offer a wide variety of poker tournaments. Next to the regular calendar there are special events as well. A new Big Drop is exactly what we need to start 2020 off well.

Are you a bit confused? No worries. We’ve renamed the Big Shorty series to Big Drop, because the new name covers what we want to say. The Big indicates a series of Big events: Big Drop, Big Game, Big Deal, …

Every weekend on Friday and Saturday evenings at 10.30pm and on Sunday at 8.30pm there’s a Qualifier. In that Qualifier one out of every 6 players receives a ticket with a value of € 105. Attention: the ticket is only valid for the final in February. After the final, the ticket will expire.

On Sunday, February 23d, the Big Drop Final will be hosted at Circus Poker Club Antwerp. We start at 3pm sharp, late registration is possible until 6pm. Remember: you can only participate when you have a ticket! The tickets are worth 105 euros. Every player starts with a stack of 30.000 chips. The blindlevels will last 25 minutes. At the end of the day we will know who takes home the gold!

Online Qualifiers in the Days of Poker app

In the Chinese Poker app Days of Poker online qualifiers will be organised starting in January. Every week there’s something for everyone. There will be Big Drop qualifiers from 11, 22 and 55 euros.

More info about the online qualifiers in Days of Poker for Big Drop 2020 will follow soon.

What is the Big Drop/Shorty?

How it all started…

The Big Drop is a concept that dates back to the time of Pokahnights VZW. In 2014 it was introduced in the club for the first time. In 2018 and 2019 the concept made its revival. We were estimating the prize pools to peak at 5.000 euros, but every edition we got a lot more. The record prize pool for a Big Shorty final is € 12.705! Not bad for a low-stakes poker club we like to think.

Meute7 won the first and final event at Pokahroom Lier. For the players that don’t know about it: yup, we used to have a pokerroom in Lier. Maarten Verhaegen, aka Meute7, left 90 players behind. The prize pool added up to € 6.825.

It took us four years to re-introduce the Big Shorty concept in the club. In 2018 we organised 2 Big Shorty’s: in May and in September. In the edition of May the prize pool added up to 8.200 euros. Jokenneth (Kenneth Amand) and Darealfish (Daryl Agcaoili) made a deal for € 1.750 each. In September of 2018 the previous record got shattered with a prize pool of € 9.400.

Club president Kristof De Deken took the title in March of 2019. 10.200 euros were collected during the Big Shorty qualifiers and this made the players crazy. 18 players made a deal to make sure that they took home a nice € 400. The top 5 kept playing for the € 3.000 that was left. Sietze Van Haver became second and De Deken went home with € 1.650 in his pockets.

In May of 2019 121 players came to the last Big Shorty edition of the year. This time there was no deal with 18 players, but the final 4 did make a deal. Mohamed Bouli, David Olurebi, Frederik De Lie and Kevin Smithuis decided that € 1.750 per person was a good deal. There was still € 340 left, which was split by Smithuis and De Lie. Kevin Smithuis went home with the biggest part and the PokahChamp invite.

How does a Big Drop go?

During a predestined period we work towards a grand final. In that final, you can only participate when you have an entry ticket. You can only earn those ticket in Big Drop Qualifiers. One out of every six players wins a ticket worth € 105 in the live qualifiers. Only when the amount of entries is not a product of 6, there is also prize money. Otherwise, the prize pool of live qualifiers only consists of entry tickets for the Big Drop. In the only qualifiers, it depends on the buy-in how many players get a ticket.

The live Big Drop Qualifiers are played according to the Turbo structure. You will start a qualifier with 25.000 chips. The blind levels go up every 10 minutes.

The estimated prize pools were always crushed big time in the previous Big Shorty editions. This time, our guess is that there will be a minimum of 10.000 euros in our prize pool. Check out the Pokahnights Facebook group if you want to stay up-to-date about the developments in Big Drop land. We will regularly post the amount of prize money, how many qualifiers there are left and how many tickets are in circulation.

The Big Drop is in connection with 2 other poker series. These 3 Big series are an interplay between Days of Poker and Pokahnights / Circus Poker Club. For Big Drop there are live and online qualifiers. Also Big Game is a collaboration between the live poker club and the Chinese poker app. Only Big Deal is situated purely in Days of Poker. 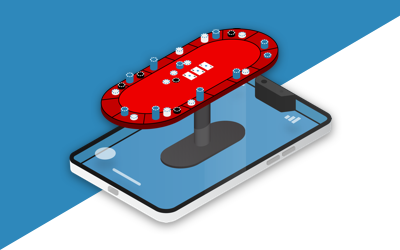 Live Big Game Session number 1 is planned for January 17d 2020 at Circus Poker Club Antwerp. Days of Poker hosts qualifiers where you can win Big Game Passes with a value of € 800. With such a Pass you are invited to an exclusive live session with dealer, drinks & food, even an optional massage if you want that. Be smart about it, you can even win a Pass of € 800 for the smallest buy-in of € 2,20. You can check out during every break. You’ll cash out tickets of € 250 depending on the amount of chips you have collected. Those Days of Poker tickets can be used to play online tournaments or (heads-up) Sit & Go’s. 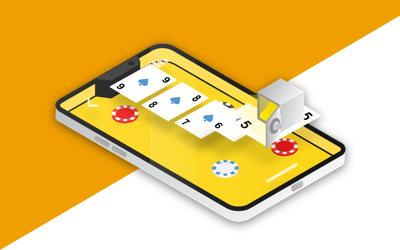 Starting in January 2020 Days of Poker guarantees at least € 250 every Tuesday. Join the online events of The Big Deal to take home some sweet cash. The more players participate, the higher the guaranteed prize pool will be in the next week. The prize pool will be spiced up with € 250 on top. We go up to 1.000 euros in the prize pool. When we reach 3x 100 players in a row in The Big Deal events, Days of Poker will organise a nice closing event with no less than € 2.500 guaranteed. That’s a sweet deal, don’t you think? Whenever there are less players than the GTD, € 250 will disappear out of the prize pool (with a minimum of 250 euros guaranteed). The more, the merrier, in this case!