We got to work when we realized we still got 33 side events available until the famous Pokahchamp weekend of 17 till 19 December. While the two former qualifier campaigns – Road to Vegas & Step It Up – were quite popular with specific groups of players, we made sure our new concept will please every type of poker player. So we announce with pride: the Champ Highroller.

Starting Tuesday 2nd of November until Thursday 16th of December we are organising 1 qualifier event (as side event) during every event day. Each time we are handing out 3 or 5 tickets for the big final. The final is played on Sunday 19th of December. The prize pool of the finale is variable but estimated on €10.000, so the double isn’t impossible eighter. The number of players in the final is fixed on 123 players because we are limiting the amount of tickets to be won in the qualifiers 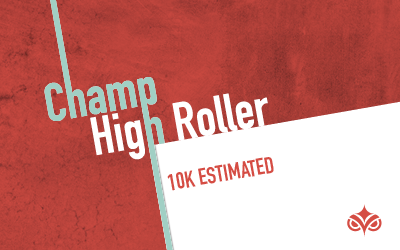 On Tuesday, Wednesday and Thursday we are each time handing out 3 tickets for the final in the Champ Highroller qualifiers. So the amount of tickets is fixed and it doesn’t matter if 10 or 50 players subscribed. Of course, when 50 players participated, the total prize pool of the final will become bigger. 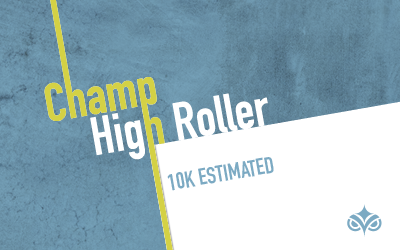 The final is held on the same day as the Final Table of the Pokahchamp, namely on Sunday 19th of December starting at 13h. Every finalist is receiving 50.000 startstack and with blind levels set on 25 minutes we expect a firm battle for the main prizes. As mentioned the prize pool is variable and is built by the amount of players in the qualifier events. On the other hand, the amount of finalist is fixed. With 12 qualifiers events where 5 tickets are handed out, and 21 events where we divide 3 tickets each time, we get a group of 123 finalists at most. Make sure you be there!