None other than our own crew member Simon Nickmans won the title on Sunday night during the € 225 Winter Festival Namur Main Event. He defeated heads-up his Luxembourg opponent with whom he previously made a deal and won € 39,569. Five months after Glenn Laureys’ victory, this is another great achievement from someone who is closely involved with everything related to Days of Poker and Pokahnights. 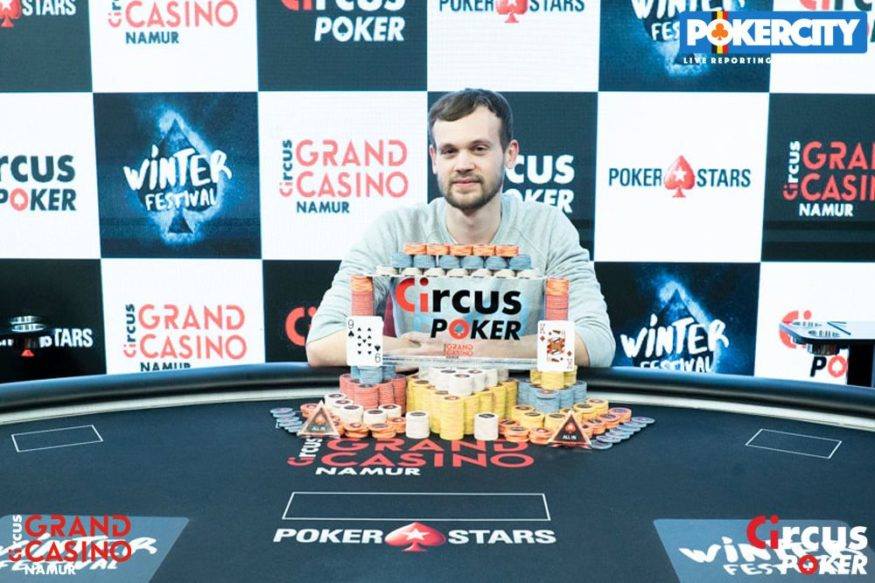 This seventh edition of the Winter Festival set a new record in the main tournament. There were 1,389 entries. This resulted in a total prize pool of € 264,813. All players who came back for the tournament on Sunday, the last day, were already in the money. On Saturday there were also some players ITM like Lovely (129th, € 452), Kristof De Deken (119th, € 502) and Kristof Coenen (114th, € 502). Nice performance of the gentlemen and lady.

Simon Nickmans already started the final day in the upper part of the rankings and took the chip lead for the first with twenty players left. Fabrice Somers took it back at the final table. Even before the official final table, Simon made an impressive call, which earned him the chip lead again. As a result he was suddenly back at the top and he would not give up that lead until the heads-up.

In the shadow of the main event a lot of side events were organised including a € 500 High-Roller tournament. No one less than Danny Wuyts grabbed the title for a first prize of € 15,518. The pianist and singer got a phone call from Simon Nickmans if they could drive to Namur together on Sunday. He decided to join Simon and play this tournament. That’s quite a story… . Danny was the only Belgian at the final table. 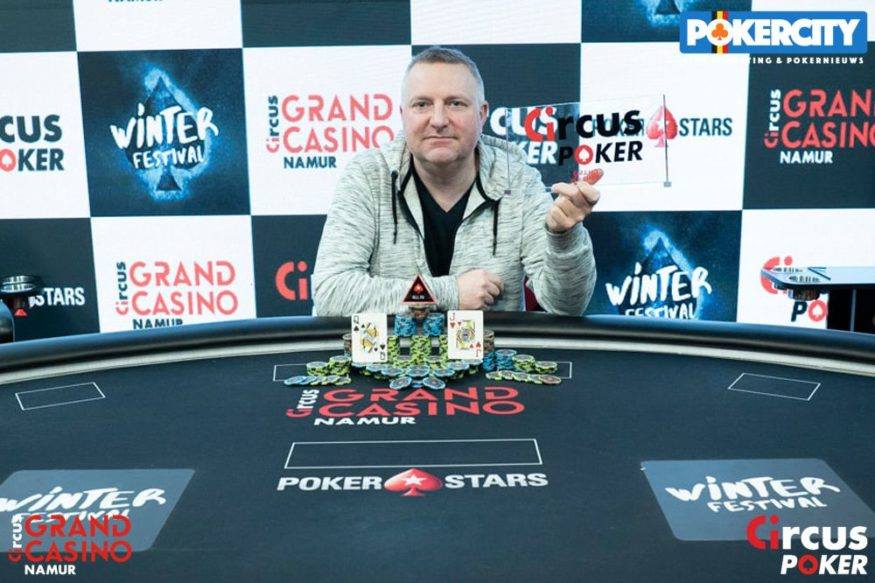 The other events of the Winterfestival in Grand Casino Namur

Danny Wuyts had also cashed earlier in the week in the very first tournament, the € 115 NLH Big Tuesday. That tournament was also won by a famous name for people who follow the Belgian poker circuit. Ivo Schoofs made a deal with the last three players and won € 2,300. One day later, Portuguese-Belgian Antoine De Jesus Guerreiro turned out to be the main winner in the € 150 NLH PSKO tournament for a total amount of € 1,563. Koen de Batselier was eleventh in this tournament for € 375 including bounties.

David Kahan and Danny Covyn managed to play the € 110 PL Omaha tournament heads-up. Kahan was the best for € 1,273 while Covyn had to be satisfied with € 878. Sunday was the most important day with the final of the Main Event and the High Roller. There were also two tournaments where Sebastiano Grillo won the € 85 Sunday Special tournament for € 2,779. Kristof De Deken was also allowed to sit at the final table and became sixth for € 676. Finally, after a heads-up deal, Ken Beckers (€ 574) took the title in the € 110 Crazy Pineapple tournament.

Many thanks to PokerCity.be for the excellent coverage of the event.
Read more about the Win of Simon and the Win of Danny at the PokerCity blog.