With Days of Poker we want to provide as much players as possible a nice Open Face Chinese poker experience. A great app, a clear website, a strong offer and from now on our own Days of Poker team will make sure that happens. These past few months we’ve thought a lot about it. All our thinking has resulted in a fun team selection. Get to know Team Days of Poker now!

The gentlemen will be represented by Jorden Verbraeken, Wim Verhaegen and Glenn Laureys. On the ladies side we are counting on Esmée Van der List and Lovely Van Broeck for representing Days of Poker in the poker scene.

In the first place Team Days of Poker will represent the brand everywhere they go. If you bump into one of the team members and have questions, do not hesitate in approaching them. We promise they don’t bite! The team members are in close contact with responsible people within the organisation. Like this they can easily communicate all feedback directly to Days of Poker. On top of that, we count on the team to make sure that Days of Poker events will be a success and that there will be a lot of activity in the app.

Next to that we want to support an excellent poker team. We will start with a mix of different profiles. By harmonizing these different profiles and guiding them in their poker activities we want to make them into the best players they can possibly become. We’re gonna be blunt about it: they are in it to win it!
The good news is we picked a model where Days of Poker players can always win action from the team. When the team delivers, you get to benefit from the teams efforts.

On top of that we will use the app for other purposes than purely playing poker. An OFC Poker workshop by Esmée for example is without a doubt an added value for every OFC Poker player. Basically, these upcoming months and years you’ll hear a lot more about Team Days of Poker. Get to know team Days of Poker… 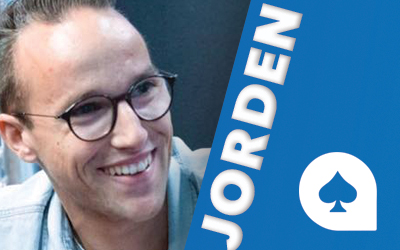 From a very young age Jorden Verbraeken started playing poker. Between the age of 18 and 21 he was often spotted in the club poker circuit. The former Pokahnights tables are not unknown to Jorden.

His first successes in international casinos have been made. On top of that, he’s also booked success in the national club circuit. Before he turned 21, he had won multiple Hendon Mob lines in the Netherlands, Tsjechie and Ireland. His peaks are a second place at the WPT Highroller and a 5th place at the Poker Belgique Masters in Rozvadov.

From 21 on he made the change from the club circuit to the casino rooms in Belgium. After a couple of nice results it’s hard to imagine Jorden out of the national and international scene. In the beginning of this year he earned his biggest cash by becoming 19th in the EPT Main event in Monaco. In the WASOP High Roller event he became second. The cash here is almost as big as the one in the EPT Main event. 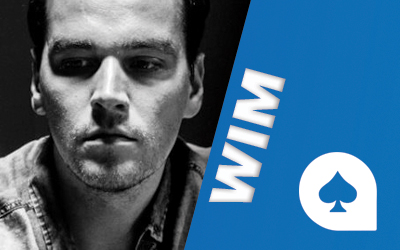 Wim Verhaegen noted his first poker results in 2010 but he has mostly been active these past years. Verhaegen played different big events like BPC, EPT, WSOP, and all with success. He often makes deep runs but up til now the poker gods have not given him the green light for mega wins. With his track record it’s only a matter of time. We expect a bang in his first event as Days of Poker ambassador. Wim made his best result last year, becoming 7th in the BPC Main Event. We’re looking forward to his poker action for this year. With the right accompaniment in a motivated team the road to success is open. 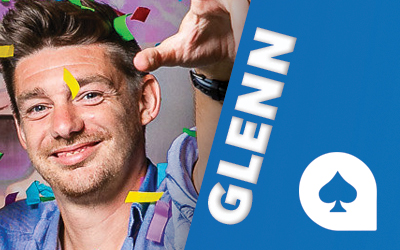 If somebody is able to persuade people that poker isn’t only about concentration and transpiration, but about fun as well, it’s Glenn Laureys. His open attitude at every poker table is an example for all poker players. A few years ago he dominated the club circuit.

The culmination of that is his win as PokahChamp and a runner-up position in the PokahChamp. He more than earned those titles. This year Glenn Laureys won the Unibet Belgian Poker Championship, which is his best live result. He’s respected and appreciated by a lot of people in the scene. This year he didn’t miss his date with Belgian poker history. We look forward to working together with Glenn! When it comes to Open Face Chinese, Glenn Laureys is probably the best gentleman out of the team. He laid a lot of hands and has run a few Days of Poker Twitch sessions. When you have the opportunity to play a couple of OFC hands with Glenn Laureys, you better seize the opportunity. 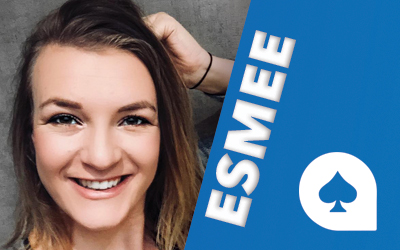 When you mention OFC Poker, you can’t get around Esmée Van der List. In the past years she’s won nearly everything that can be won in the OFC Circuit. Without a doubt, Esmée is one of the best OFC players in the Benelux. 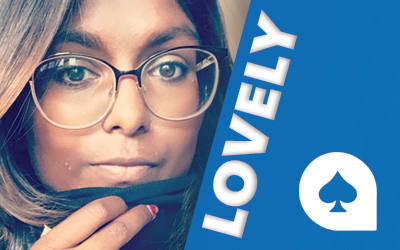 In the Days of Poker team we want to create space for players at the start of their career in the poker scene. These past years Lovely Van Broeck has started playing more and more and she has deepened her knowledge about Texas Hold’em poker. Van Broeck had some nice results in the club circuit. By agreement of the entire team we’ve decided to take her aboard the Days of Poker team. Like this, she can make her way to the casino circuit slowly but surely. A team she can count on and with a lot of theoretical knowledge, we believe that she will be ready to make her first results. Together with you, we are very curious to see how she runs in the Days of Poker team.

As you can see we’ve accumulated a varied team with players that we believe are complementary. As a team, we hope to bring out the best in each other. It’s clear that there are big differences when it comes to commitment, experience, volume and results. Everybody in the team will get a personal planning and approach. This way, the accumulated earnings, now at more than 500.000 euro, will continue growing to a 7 digits number…

[…] are sending out our Days of Poker team for the very first time during the final weekend of the BPC. The good thing is… you could […]

[…] the BPC Namur Poker festival you can get to know Team Days of Poker. The full team will play the € 440 8-6Max Championship. With players like Wim Verhaegen and […]

Qualify now for Winter Festival 2020 via Days of Poker!